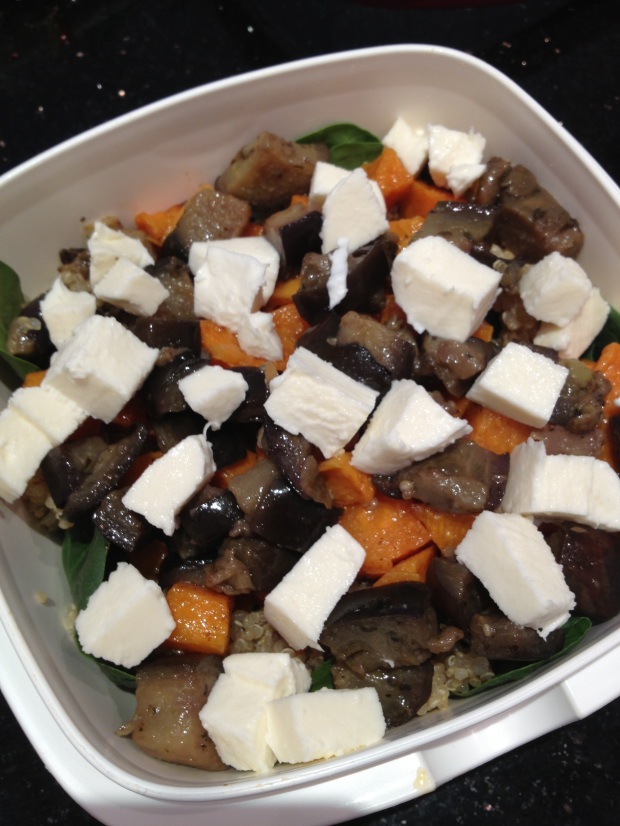 Spring time is quinoa time! I bought some quinoa a while ago but haven’t had a chance to cook it yet, as London suffered another cold spell and quinoa feels like more of a spring-y, summer-y food. So when the bright sunshine lit up my flat today, I felt inspired. I remembered when I had made a quinoa salad around a year ago, sweet potato and spinach was involved. And then I got a sudden craving for aubergine. So I did a quick Google search and found a lovely post by Cowgirl Chef, which had exactly what I was looking for. I modified her recipe slightly based on my ingredients and mood, but it was still absolutely delicious and put me in a happy summer mood, particularly when listening to the soundtrack of Singing in the Rain, the ultimate pick-me-up!

Serves 2-3 people. I haven’t added quantities for some ingredients, as I simply mixed everything together at the end and you can use your own judgment as to how you’d like the proportions!

Toss the sweet potato with a generous helping of olive oil and … well, I use a special mix known as Creole salt, but in substitute you can use a combination of salt, pepper, herbs, paprika, chilli and whatever tickles your fancy. Spread on a baking tin covered in tin foil and roast for 25 minutes at 180 degrees Celsius. Then take it out, give it a quick stir and let it roast for another 5 minutes before taking it out and keeping it aside.

Meanwhile, heat olive oil in a pan and add the aubergine. Stir and fry, adding some mixed herbs and salt. This should take about 15 minutes. I added a little bit of water halfway through, as the oil gets soaked up very quickly. 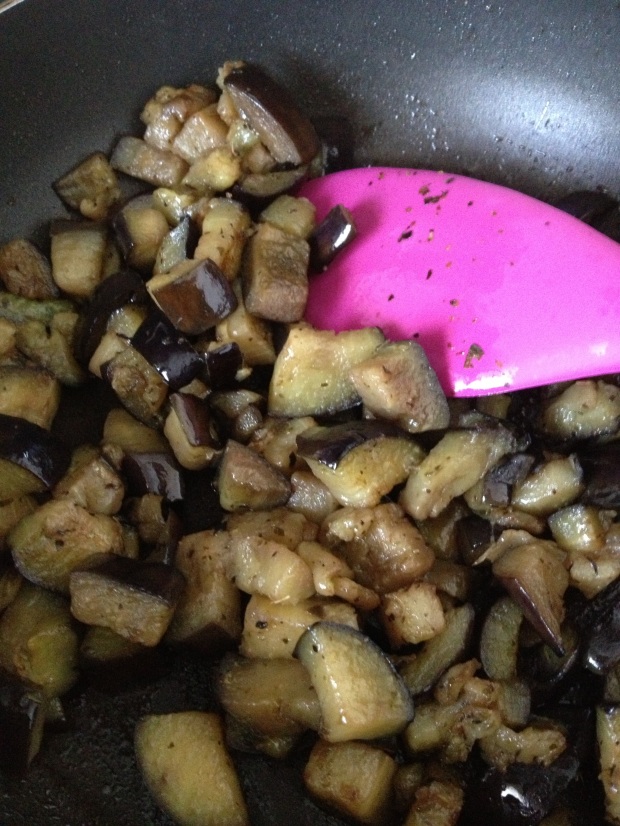 At the same time (lots of simultaneous cooking in this recipe!), mix 1.5 cups of quinoa with 2.25 cups of water and half a cube of chicken stock and heat until boiling. Once the water boils, turn the hob down to medium and let cook for around 15 minutes, stirring frequently, adding another 0.75 cups of water and the other half cube of stock as it simmers.

Let everything cool and then mix it all together with spinach leaves and mozzarella, a dash of lemon juice and a sprinkling of Creole salt (or equivalent). Take a seat and enjoy eating the flavours of spring!

I also saw my first ladybird of the year… it is definitely spring! 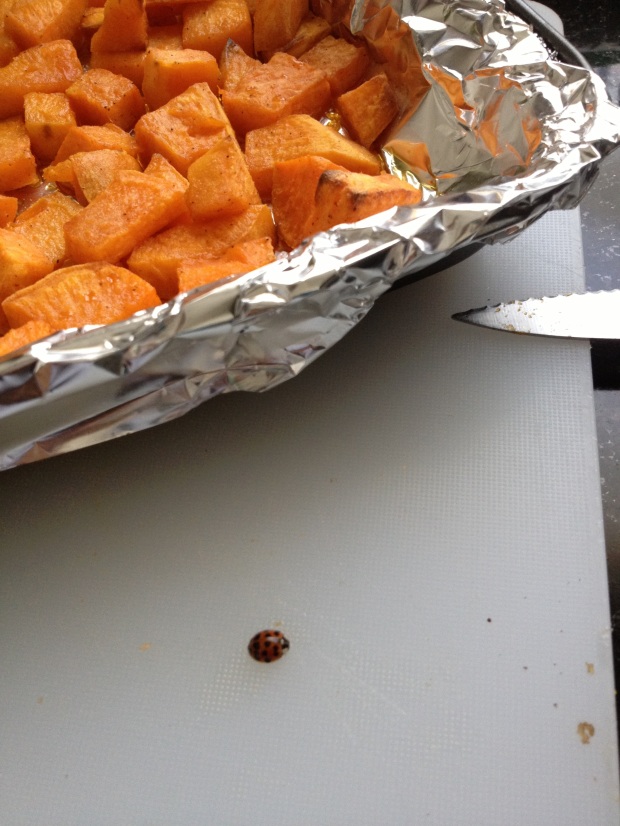 2 thoughts on “Quinoa salad with sweet potato and aubergine”