When I first started this blog, I didn’t really know what I wanted to do with it or what purpose it should fulfil. So I chose a random template on WordPress, wrote down a chicken marinade, and left it at that. Nearly three years on, I’ve learned so much from this venture. I still use a WordPress template, albeit one that fits a lot better with my content, I’ve invested in a new camera, which has significantly improved my photos, and I’ve also discovered the food blogging community a little more. I’ve decided to blog less and focus more on quality than quantity, and most importantly, I still love spending time on it.

One great community I’ve discovered is Zomato. I wrote a bit about my experience of their app here, which is a fantastic way of navigating the vast restaurant scene in London, and they recently hosted a bloggers’ meetup at Gatti’s City Point, which was an absolutely delightful evening. It was wonderful to meet some of my fellow bloggers, and it’s always nice to put a face to a name after reading somebody’s blog posts! 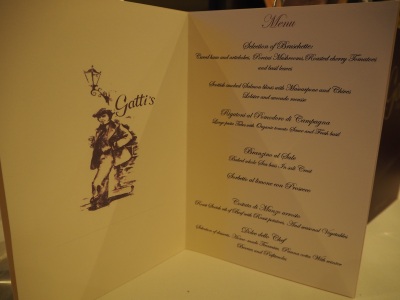 I had never been to Gatti’s, but I will definitely be going back after the wonderful evening they put on for us. The food and drink never stopped flowing, and the diverse flavours kept us guessing all night long. Along with some Veuve Clicquot champagne, they had prepared some beautiful lobster and salmon blinis to start off the evening. 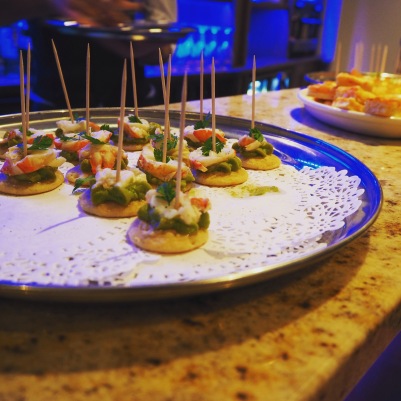 We then moved downstairs to the dining hall, which had been closed to the public in order to host our #ZomatoMeetup, and there were already various bruschetta (bruschetti?) adorning the table. My personal favourite was the mushroom – just enough garlic and fried delicately to perfection. 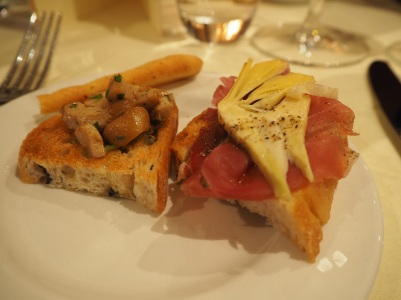 The first course of many was a very simple rigatoni with fresh tomatoes and basil. I don’t like tomato, but I think this habit of mine may be changing, as I ate it all! The past was perfectly al dente and although my tastebuds protested slightly at the tomato-y taste, the experience was mostly positive. Times are a-changing… 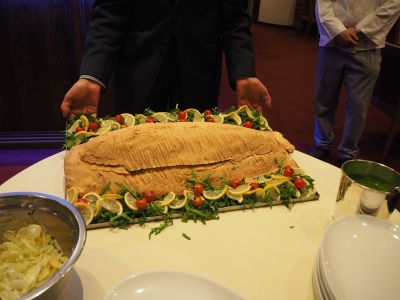 Stunningly presented, we all eagerly awaited the big reveal. And we definitely weren’t disappointed.

I was a little worried that the fish would be oversalted, considering the size of the salt crust, but quite the contrary – it was delicately sweet and the meaty flesh melted in the mouth (with a few bones poking my tongue). The fennel salad alongside was forgettable, but I loved the pea and spinach puree that they dabbed upon my plate. 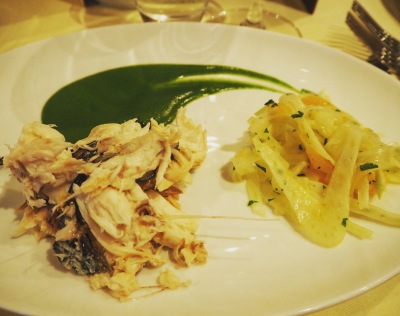 We all thought this was the main course, but the best was still to come. After a palate cleansing prosecco sorbet (which I was not a big fan of, as it was slightly too sweet), the meat arrived. And I think it’s safe to say I’ve never seen such a large piece of meat in my life… 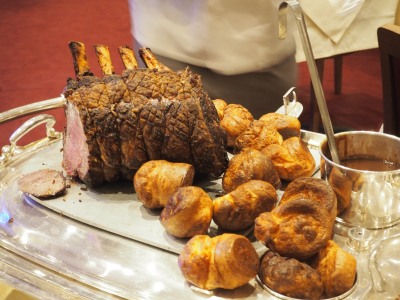 The beef was presented to us on a beautiful trolley before being expertly sliced and served. The skin was crispy, but the inside was still pink, which meant the taste was absolutely phenomenal. The Yorkshire puddings that came alongside were like nothing I’ve ever sampled before, as they were fluffy, airy, and supremely fresh, with not a hint of oiliness about them. 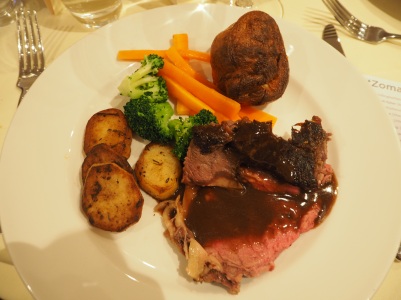 I was already getting full at this point, so I’m not ashamed to say that despite the beautiful colours and presentation, I completely avoided the vegetables on my plate and focused on the beef and that rich, rich gravy.

After devouring all of the above, we simply had to take a moment to lean back and breathe. But before we knew it, we heard four beautiful words.

Unfortunately I was far too full to have more than one small bite of each, but those bites were heavenly, especially the tiramisu. And as if that weren’t enough, we each received two home-made truffles to take home, which I absolutely devoured the next day!

A huge thank you to Gatti’s and Zomato for hosting all of us. It’s an ideal location for a Christmassy dinner, if you haven’t booked anywhere yet!

Do check out the other blogs that were represented:

Food That Makes You Smile