Brunch at Four to Eight – a bland affair

Over the past five years, I’ve gotten to know London pretty well, and one thing I’ve learned is that whilst it doesn’t know how to ventilate tube carriages or deal with sunshine, it definitely knows brunch. It lives and breathes brunch in a skinny-jeans, oversized-glasses, drink-out-of-a-jam-jar way that infuriates and annoys me, but never fails to breed intrigue. So when I was asked to try the new brunch menu at Four to Eight in Covent Garden, I was excited. Until I arrived and saw the menu.

It featured only one ‘proper’ brunch dish (the classic: smashed avocado on toast with smoked salmon), with the rest focusing on the ‘unch’ rather than the ‘br’. Which is fine… but they should just call it lunch. Especially as it’s only available from midday! 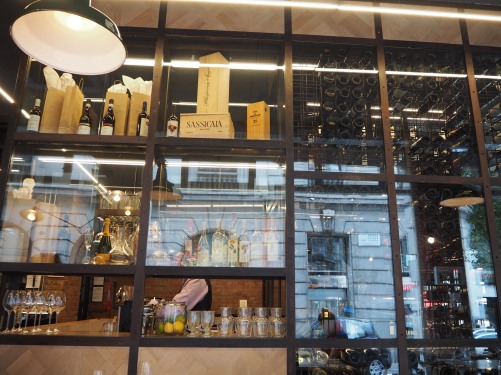 A nervous-looking waitress took our orders, often asking twice as she jotted everything down with slight trepidation. The place was rather quiet for a Sunday, but we enjoyed the silence and took in the decor. I enjoyed the arrangement of the copious wine bottles around the upstairs bar, and this, as well as the rest of the atmosphere, exuded a somewhat posh vibe, without appearing to be too exclusive.

But then things started going wrong. Now, if there’s one thing London knows how to do (whilst overcharging you horrendously in the process), it’s the aforementioned avocado toast. Hell, I even rode a so-called #AvoBus recently (don’t ask). So when the promised ‘smashed’ avocado arrived puréed in a stylised swipe on the plate, with absolutely no flavour, I was sorely disappointed. Accompanying it were slabs of oily smoked salmon, with not even a slice of lemon to perk them up. The additional poached egg would have been great… if it had been poached, rather than slightly cooked into a rubbery state with transparent albumen. Considering I had a good (not amazing, but Michelin-starred by comparison) poached egg on a train recently, this was really unacceptable. And to add insult to injury, the bread was too dry and stale to soak up any of the yolk, leaving us to chew the cud like a couple of cows. 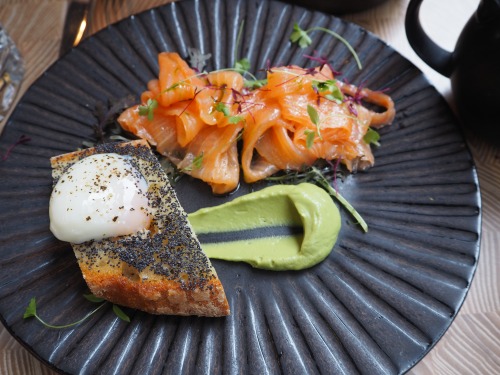 A sorry state of affairs

I don’t really want to talk about the rest of the dishes, but I will. The most interesting item on the menu, a crab Scotch egg, was unavailable. The bread board had the same slightly stale bread as the avocado toast, and the crackers were better than the bread itself (maybe because they’re meant to be hard and dry?). My friend’s Tuscan sausage dish needed a burst of flavour from anything… anything at all. Garlic? Chili? Lemon? Herbs? Not one of these were used, and the result was bland as bland could be. My mushroom toast was just that: mushrooms on toast. The fungi seemed to be good quality, but this quality goes down the drain if there’s nothing to complement it. And again, that same bread… the dryness was overwhelming. 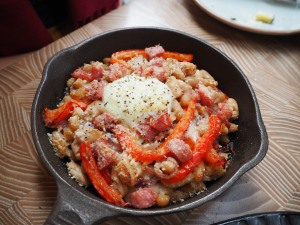 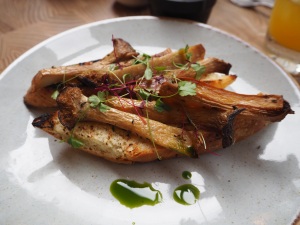 We pinned our hopes on the dessert, and the ‘nutella gnocchi’ was sugary, fried, and sweet, which is exactly what one hopes for… at Pizza Express. At a restaurant that claims to serve ‘fine dining style food’, this felt lazy. And the cannelo, which sounded wonderfully interesting on the menu, was another bland number. Also, why would you serve sticky caramel sauce in a shot glass, making it nigh impossible to get out? 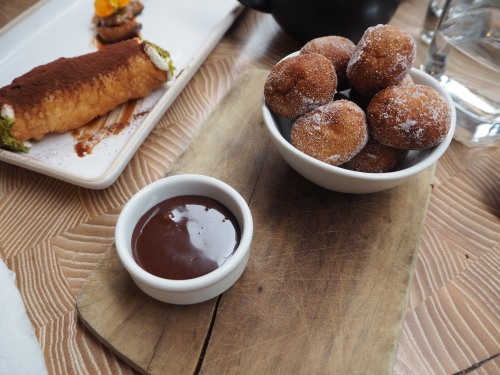 The one saving grace was the fresh orange juice, as they didn’t try to palm off the concentrated stuff as the real thing. Though perhaps that thanks is better directed at their orange supplier? And we did love the little bite-sized brownie that was served alongside the tea and (very average) coffee – it was likely the best mouthful of the day.

When London boasts stellar brunches like Dishoom and Honey & Co, with incredible and innovative food for justified prices, I’m hard-pressed to understand how this one was so mediocre. Maybe the chef was having an off day and lost his sense of smell and taste? Or maybe this was just one of the few occasions in London where I’ve been truly disappointed.

Four to Eight also do lunch (I wonder how different it is…?) and dinner, and perhaps that is where they shine, but it’s safe to say I won’t be returning to find out. The numbers in their name apparently correspond to the number of ingredients they use in their dishes, as ‘no more is needed’. Let’s just say I would prefer it if they renamed themselves ‘Fifteen to Twenty’… 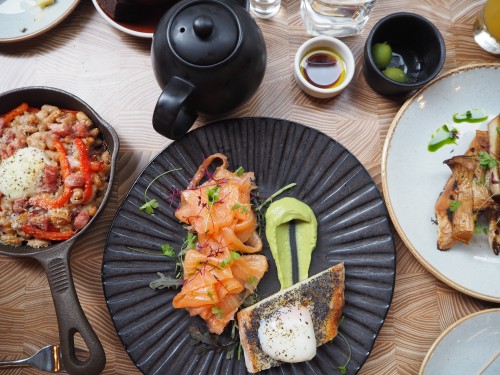 I was a guest at Four to Eight, and you can be rest assured that these opinions are entirely my own.

5 thoughts on “Brunch at Four to Eight – a bland affair”