It’s no secret that Barcelona is one of my favourite cities in the world. I visit this beautiful place as often as I possibly can, and my trip this summer was one of the best ones yet. I spent 5 days scuba diving, bonding with Mummy Swindian, walking, and of course eating my weight in Spanish food!

A happy Swindian after completing her PADI Open Water course

I’ve already written about the gorgeous paella at 7 Portes, tapas at Caramba, and the vibrant stalls of La Boqueria. This post is about the day we decided to forgo local fare and focus on meat. Ribs, to be exact. 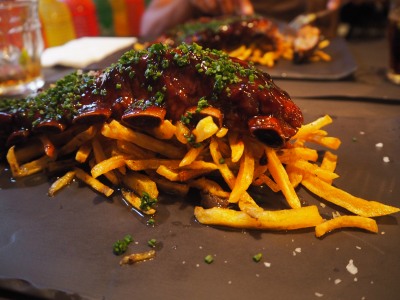 Robadora is in the Raval neighbourhood, which is on the opposite side of La Rambla from the Gothic Quarter, where most tourists spend their time. I love the Barrio Gotic, as it houses some amazing architecture as well as the fascinating Picasso museum. Step over to Raval though, and you’ll find a nearly limitless array of bars and restaurants, one of which is the hipster establishment Robadora.

Living in London, I’m no stranger to hipsterdom, although sitting on hay bales, drinking out of a jar, with pieces of wire as table decoration goes a bit too far for me (*cough* Drinkfeast *cough*). Robadora manages to keep it classy with colourful bottles lining the walls, but there are definitely some quirky bits, such as the miniature trees on the bar, and a ceiling that looks as though it’s still under construction…

As is standard, we started off with the pan con tomate, which was better than the one at Caramba but didn’t quite measure up to 7 Portes. 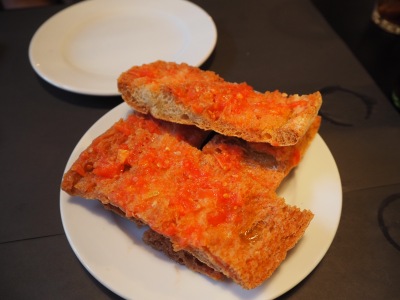 The huevos rotos (literally broken eggs over potatoes) were underwhelming, as the bits of jamon were far too chewy, which unfortunately spoilt the dish for us. I liked how they presented it in a miniature frying pan, though! 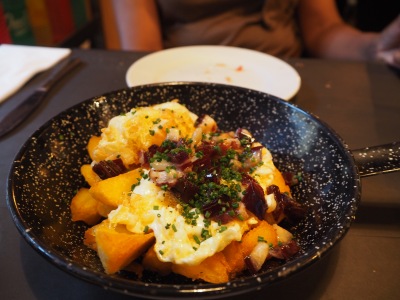 But THEN. It was time for the ribs. With matchstick potatoes (they were far too thin and crispy to be called fries). And truffle. Served on a slate that reminded me of Cornwall, I salivated before we even began.

When I touched the ribs, the meat jumped off the bone. And when I took my first bite, my eyes rolled into the back of my head. The tenderness of the meat is something I have never experienced. The barbecue sauce was exquisite. The potatoes were as crispy as a potato could possibly be. And the hint of truffle simply amplified every flavour. My mother and I sat nearly in silence as we devoured every bite!

We had to take a long detour home so we could walk off what felt like a million calories, but it was worth every single step. If you’re looking for a break from traditional Spanish fare, this is the place for you. Avoid the starters, save your appetite, and just go straight for the ribs! 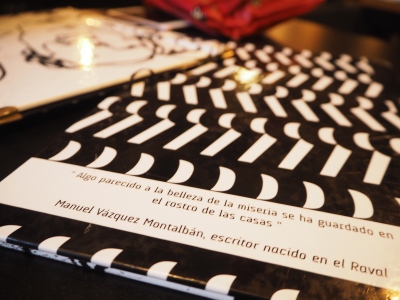