Cusco is a beautiful city in Peru, known mainly for its proximity to Machu Pichu, but also as the previous capital of the Inca Empire. It is situated amidst rolling hills, and at an altitude of 3,400 meters, it’s the perfect place to spend a few days adjusting before attempting the trek to the world-famous ruins.

Yep, I got the poster shot. And proud of it!

So this is exactly what we did. Machu Pichu had been on the cards from the beginning, and we booked it all the way back in September to make sure that we could get the exact trek we wanted (we later found out it’s very easy to book only a few days in advance… oh well). Having spent quite a bit of time in Bolivia, we were used to the altitude, but my friend’s mother and brother were not, so we used the time to explore Cusco and its sights, smells, and food.

Almost immediately, we fell in love with the Plaza de Armas, the main square in town. With two churches, countless happy dogs, and beautiful arches, we spent a lot of time wandering around, and when we heard that there was a Japanese-Peruvian restaurant with a view of the whole thing, we couldn’t resist. 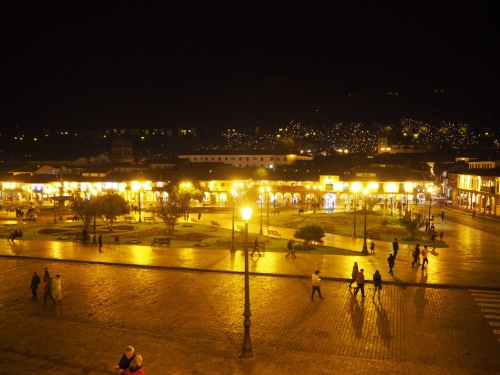 Limo is one of seven restaurants forming the ‘Cusco Restaurants’ group, and one of two we visited on our trip (the other one being the MAP Cafe, review here). It is situated right on the plaza, but as it’s on the second floor, it is slightly removed from the chaos, with a gorgeous view. As soon as you walk in, your eye is drawn to the bar, with dozens of different kinds of pisco lining the wall. Upon perusing the cocktail menu, which has an entire section dedicated to Peru’s national drink, we then understood why Limo calls itself not just the home of Peruvian cuisine, but also a Pisco bar. 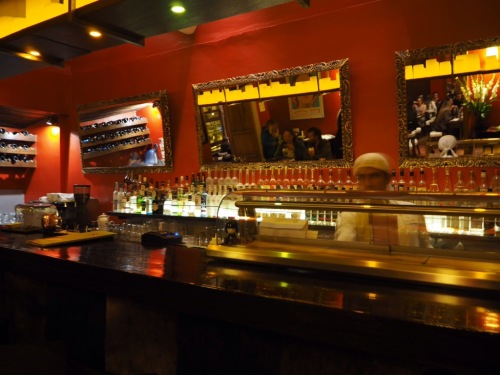 We opted for the No Me Mientas, which had a refreshing watermelon flavour, and felt like a mintier version of a pina colada. And the Sombra tasted like I was back on a beach in the Galapagos Islands! 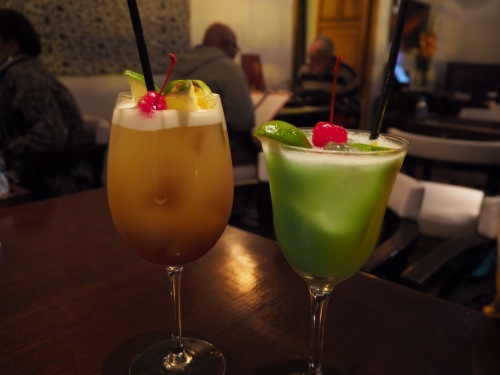 Before we even began, to whet our appetites, we received a very Peruvian dish: deep-fried potatoes! Peru boasts an astonishing 4,000 different types of this root vegetable, and this was a floury variety, served with three incredible salsas for dipping. Our favourite was the aji-based one (que sorpresa!), but the minty one (which was reminiscent of an Indian chutney) as well as the garlic mayo were mopped up with glee.

After this Peruvian delight, we switched over to Japan, and Limo’s famous sushi rolls, which were beautifully presented and had amazingly fresh ingredients. Both incorporated a level of fusion; the acevichado was likely one of the best rolls I’ve ever had, with a leche de tigre-esque sauce, and the pulpo (octopus), whilst not quite as convincing as the acevichado, was topped with oregano to prevent it from being purely Japanese. 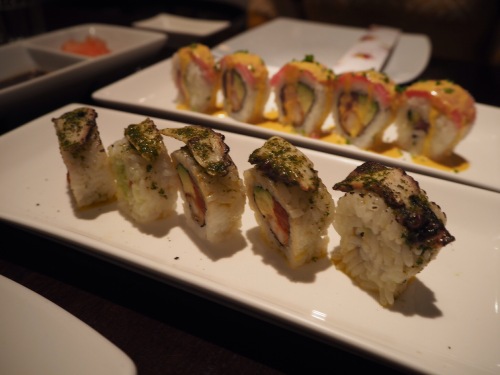 For our mains, we went half-half with Peruvian and Japanese, and both were stellar. The tenderloin steak was perfectly cooked, with a lovely peppery sauce, and the sweet potato gnocchi garnish was indeed sweet and creamy – a perfect contrast to the crisp asparagus that sat alongside it. I never normally use asparagus in my cooking, but this dish inspired me quite recently to include it in a recipe!

The Japanese main was a seared tuna with a miso sauce that blew me away. I don’t know what was in it (Peruvian ‘sugar’?! I hope not!), but it made the dish for me. Notwithstanding, the tuna itself was supremely lightly braised, avoiding any sign of chewiness, and the whole dish was nice and light, which was perfect, as we were already feeling incredibly full, and even decided to skip dessert for that reason! 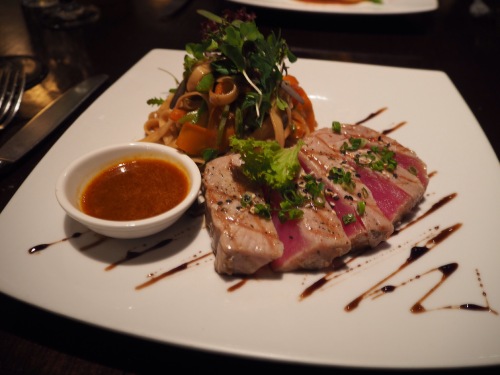 We finished off our meal with coffee, which was good, but nothing compared to the Colombian creations we’d been sampling the month before. All in all, it was a wonderful experience at Limo, particularly due to our assiduous waiter, who knew exactly where to draw the line between attentive and over-attentive. The decor was muted, but with local paintings in the backdrop, and the lighting was just right for us to enjoy our meal without squinting at the menu. Definitely a worthwhile treat if you’re recovering from Machu Pichu! 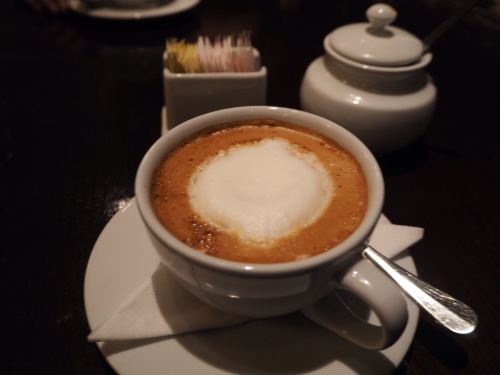 Our meal at Limo was complimentary, but we paid for our drinks. As always, all opinions are my own.

← Dinner for one: Soy-sesame glazed salmon with a side of asparagus
Skylight – a new rooftop destination for East Londoners →