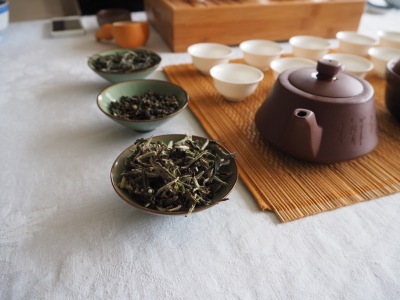 I am a tea snob. I shudder at the thought of Tetley or Builder’s tea, and there are few things that calm me down as much as a light cup of Darjeeling or jasmine. I know there is so much more to learn about this beautiful liquid, and so I was very excited to attend the tea and dim sum brunch club organised by PaoCha this weekend. Because if there’s one thing I love more than tea, it’s dim sum! 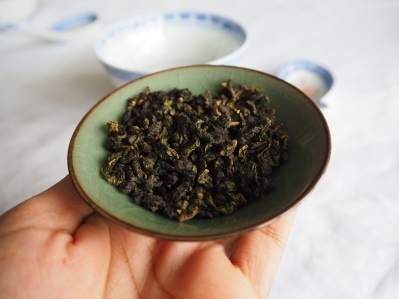 When I discovered PaoCha’s brunch club on Grub Club, I was very intrigued by the concept. I took along a friend who has spent quite a bit of time in China (and who also gave me a recipe for a lovely apple cake last year), and we hesitantly rang the doorbell.

Supperclubs are something I’ve read a lot about before, but was always a little skeptical about. Why are these people inviting you into their home? Do they just cook for you? Who attends? What’s the chat like?

With Sam and Alex, there was nothing to worry about. My friend and I were the first to arrive, and they instantly made us feel right at home. The table was beautifully set, the smell was inviting, and the fact that it had just started pouring with rain only made the bowls of tea leaves look even more inviting. Their genuine hospitality made me feel comfortable from the start, and once the other guests joined, this was only heightened through the open conversation and friendly jokes.

I had never seen a Chinese tea ceremony before, but what particularly struck me was the detail in everything Sam did. Warming up the utensils, pouring out the first flush, using the tea leaves 7 or 8 times, waiting until the water was the right temperature… She let us smell all the teas before and after they were steeped, and although we had very small cups, they were constantly filled and re-filled, and the tea was miraculously always the right temperature.

Sam only used bottled water to fill up her kettle, and her filtering system was a feast for the eyes. I love how she never needed to get up from her seat, as everything was within reach. Amidst all the pouring, nothing was spilled – the dregs only seeped through the filter and drained gently. We tasted 5 or 6 different teas, from green to white to pu-erh, and each one had a different teapot, water temperature, steeping time and flavouring. My favourite was the white tea, which was called silver needle. Apparently it’s also extremely expensive, which just goes to show my tastes…

The first dim sum we had was a pork bun, plus a vegetarian option of butternut squash. There was vinegar and soy sauce for dipping, but it almost wasn’t necessary, as the marinade was so flavoursome! There were two rounds of these buns before we went back to the teas, and next up were some vegetable dumplings that were as good as any, and better than some that I’ve had in restaurants.

Almost more than the dim sum, Alex’s home-made pickles were greeted with enthusiasm by the entire table – we spent a long time talking about how he could sell them at any farmer’s market for a hefty profit! I’m not usually a fan of pickles, but these were just sweet enough without being sickly, and the vinegar wasn’t too overpowering. And the shapes were beautiful!

But the crowning glory, without a doubt, was dessert. 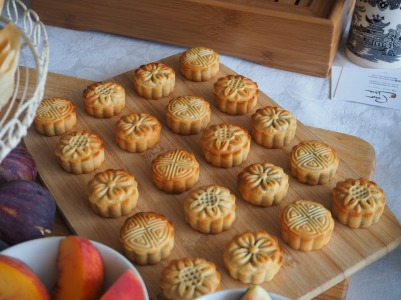 Alex’s mooncakes were some of the most beautiful little things I’ve ever seen. I had never had one before, and my friend was quite skeptical as he had never liked the Chinese ones, but after one bite his eyes lit up and he grabbed a few more. The filling was subtle, yet perfect, with just a hint of cocoa. Alex has put the recipe up on PaoCha’s blog – it’s ambitious, but I definitely want to try it soon! There were also some Portuguese-inspired egg tarts that were lovely, although not quite as good as the ones I’ve had in Lisbon (but that’s a tall order!).

The PaoCha brunch club was a wonderful way to spend a Sunday afternoon. There was definitely more tea than food, but we didn’t go hungry, and we didn’t even notice the time passing. Important note: Do not attend this supperclub if you enjoy eating quickly – we definitely took our time and savoured every sip and every bite. It’s a perfect way to spend a quiet morning, and I would recommend it to anybody who wants to venture beyond English Breakfast!

You can book the PaoCha brunch club here – it takes place once a month.

I was a guest at Sam and Alex’s house, but as always, all opinions are my own.

← Peruvian shrimp stir-fry with quinoa (with Encona Amarillo sauce)
The Palomar – the best restaurant in London? →

3 thoughts on “Tea ceremonies and dim sum with PaoCha”