Once we found the door to Malabar (which was no mean feat due to the shuttered windows and locked door we encountered first), we were immediately struck by a rather intrusive painting of two women wearing nothing but swimming caps. Initial shock aside, the rest of the decor within the restaurant was nothing short of eclectic. A cabinet of curiosities adorned the right side of the bar, cardboard origami animal heads lined the walls, and a huge fish (a paiche, we were told) presided over the countless bottles of pisco. 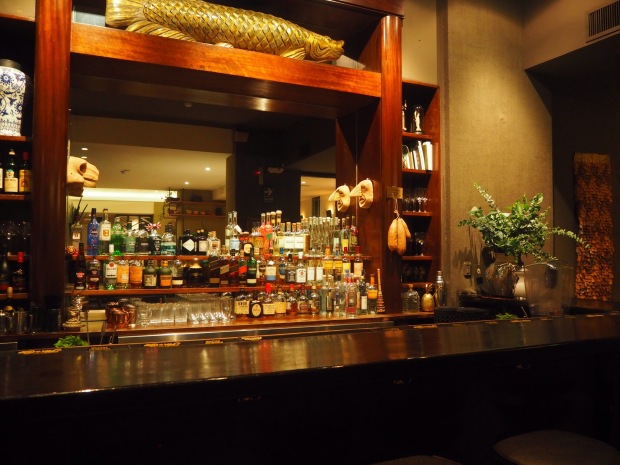 Malabar is number 38 on the list of Latin America’s 50 best restaurants, so we had high expectations. Having visited number 14 Gustu in La Paz, Bolivia, a couple of weeks previously (read more about that one here), where Bolivian produce was the highlight, we were keen to find out more about Peruvian cuisine and were delighted to find out that Malabar, like Gustu, takes huge pride in its ingredients. From our bread basket, which was in fact not bread, but three different kinds of yuca from the Peruvian Amazon, to a salad made from three types of quinoa from three different altitudes in the country, Peru was on show. And whilst my favourite Peruvian dish, ceviche, did not feature in its classic form, and the controversial guinea pig did not make an appearance either, Malabar struck me not just with its bold flavours and experimental combinations, but particularly with its clever use of textures within their dishes.

We started off the evening with a cocktail, both choosing a twist on the classic Pisco Sour; the Pisco Mule and the Pisco Punch. As they were being shaken and stirred, the barman had a friendly chat with us and explained part of the decor, pointing out that the fish scales on the wall belonged to the same fish as the one watching over the bar. The size of it astounded us – particularly when he told us that was a baby!

After looking at the menu for approximately two and a half minutes, we were offered the tasting menu and accepted gratefully. I always find it difficult to choose what to eat, particularly when most of the things on the menu are unfamiliar, and so the tasting menu took a load off our shoulders, and let us sit back and enjoy what was to come. To whet our appetites, we were first brought the aforementioned yuca ‘bread’ in three forms, accompanied by a cream cheese with chestnuts and a sour yuca dip. The round white discs unfortunately simply tasted chewy and gelatinous, but the other two made up for it in cheesy goodness and satisfying crunch. 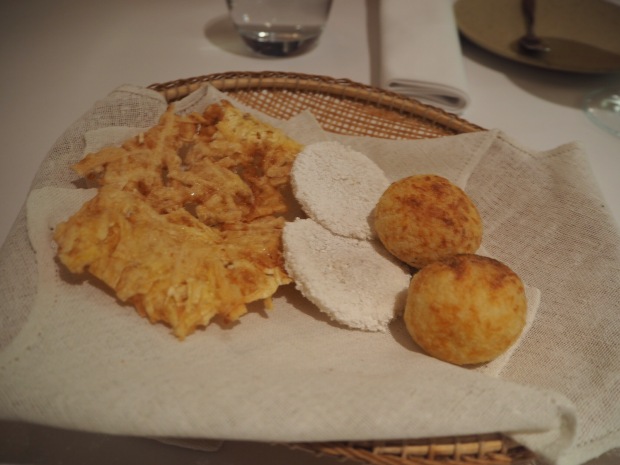 The chestnut flavours continued as were brought spiralised palm hearts with chestnut oil and crumbled chestnut. The flavours and textures of this one were stunning. Spiralising has become a bit of a craze in the western world (zoodles? courgetti?), but I’ve never really caught on. This palmito though, was just perfect. Previously, we’ve only had thick slices on a pizza, but here, the light flavour was perfectly balanced with the creamy texture of the nut oil, and the crumbled nuts provided a perfect crunch. Just… Perfect. 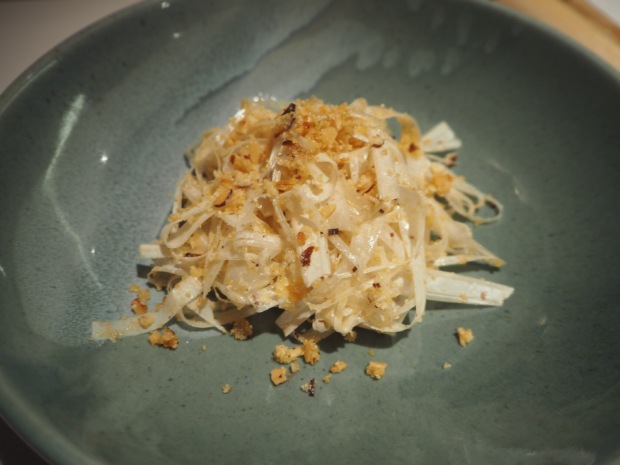 Next up, another ingredient that has taken Europe by storm. Quinoa! I adore the stuff (my favourite recipe is probably this one), but I’d never combined different colours before. Our waiter patiently explained that each colour of quinoa hails from a different altitude on Peru, and so each has its own character, flavour, and texture. They were combined here with mushroom and potato, plus a generous helping of fresh dill, mint, and coriander. As with the palmito, the entire dish was light and fresh, and we felt satisfied, but ready for more.

And more there was. As I mentioned, there was no classic ceviche on Malabar’s tasting menu, but instead, there was a version called ceviche de platano that featured something I’d never encountered before: fermented banana. This was the only dish I wasn’t a huge fan of, as to me it seemed rather too acidic. It tasted nothing like banana, but the taste of it was a bit too zingy and vinegary. As with all our other dishes, it was served in beautiful crockery – this time in a rustic wooden bowl. Throughout the meal, I simply loved the presentation of it all, added to which the waiter often used props to explain various ingredients!

Next up was the fish course, and so we got a chance to taste the paiche that we had seen in the bar earlier. Apparently, only the young are caught for food, as the adults are left to reproduce. The flesh was astonishingly meaty, and the bread crumbs on the side, once again, provided that amazing crunchy texture that we loved.

The savoury courses ended with a beautiful plate of baby goat, served with four kinds of pumpkin and a sauce made of algorrobo. This last ingredient we’d learned about on our tour of Lima, as its sweet flavour and syrupy texture is often used as a substitute for chocolate. It’s made from the carob tree and is frequently added to juices and smoothies, but here, it complemented the richness of the goat as well as the sweetness of the pumpkin. The meat was oh so tender – I don’t really know why they brought us knives – and I felt I could taste some well-loved spices like cumin and coriander as well!

And then came the dessert, which was likely the best I’ve ever had in a restaurant. It’s like they had been stalking us for the past couple of months and knew that our favourite fruits on this trip have been mango and maracuja (passionfruit)! Light and fruity to the extreme, I adored this concoction with just the right amount of crunch (those textures again!) due to the toasted almonds and pieces of meringue. We then finished off the meal with some lovely fresh lemongrass tea and petits fours made of coca and mascarpone – perfect for digestion.

Malabar was an absolutely wonderful dining experience with a myriad of new flavours and ingredients. There was a clear emphasis on textures, and we loved how the starters and desserts were quite light, whilst the mains were heavier, balancing out the meal as well as our bellies. All the crockery used was simply gorgeous, and the service was supremely swift and seamless. Accompanied by a bit of Lionel Richie and Michael Jackson in the background, we left with full bellies and uplifted spirits. Whilst Malabar is definitely on the pricier side, if you’re visiting Lima for a short period of time I highly recommend a visit – the a la carte is certainly reasonable for the quality of food and service you will receive, and the flavours will be like nothing you’ve had before! 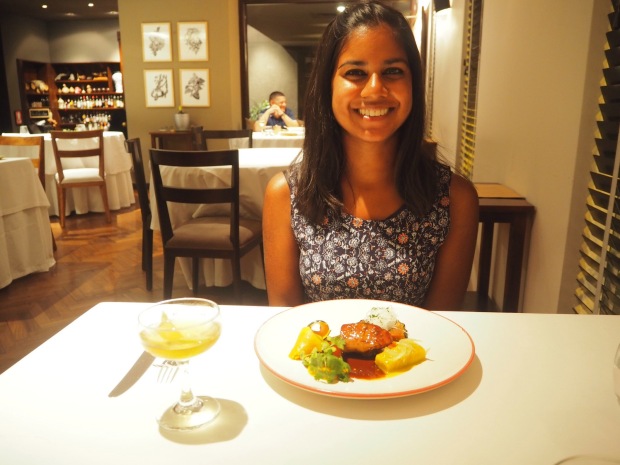 I was a guest at Malabar, but as always, all opinions are my own.