Starting off our Weekend of Food 2016 was a seemingly simple dinner of charcuterie, fromage, et pain. But it was so much more than that… Everything had been bought from the local market, which made ALL the difference. 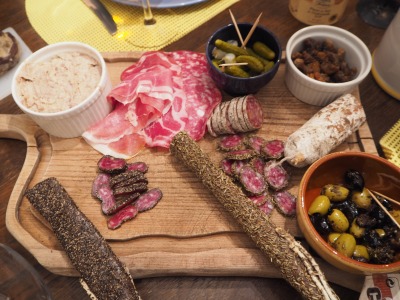 The Périgord is famous for walnuts, and we certainly used that to our advantage. We cracked them with a hammer in the garden before toasting and adding them into our simple green salad, discovered them hidden in one of the sausages, and inhaled their fragrance from one of the cheeses, which even I, a self-proclaimed non-cheese eater, ate my fair share of! We combined the meats and cheese with fresh and crusty French baguette, olives, and gherkins, and served it all on wooden boards. This would probably be called hipster anywhere in London, but felt entirely natural in the context! 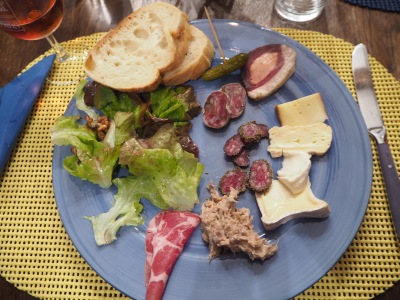 Whilst we went mad for the walnut-studded saucisson, the rillette d’oie was my personal favourite, and the rosemary-coated sausage was a close second. There were also some deep fried bits of duck floating around, and I have to mention the magret de canard stuffed with foie gras. What?! The French sure know how to indulge… 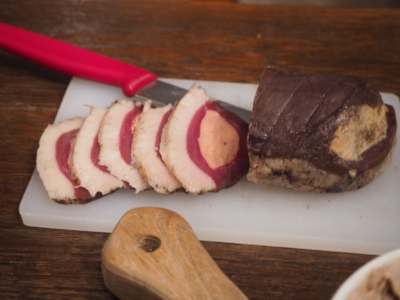 For dessert, we had a beautiful pavlova, courtesy of The Baking Medic. Made and assembled in London, we now know that it’s entirely legal and possible to carry a meringue across (European) borders. And it only had a couple of cracks at the end of the journey! 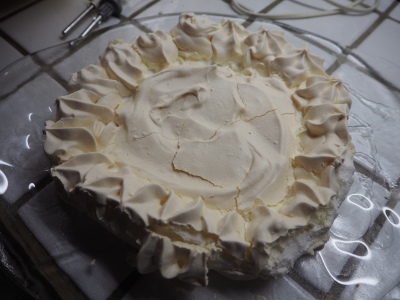 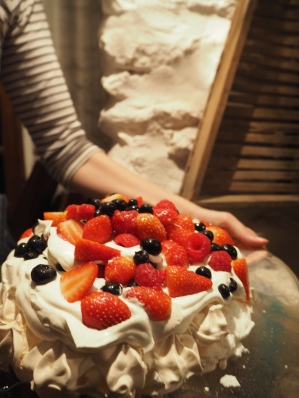 Although this was our first night, our Masterchef (who has brought The Swindian recipes such as shrimp and grits and Cullen Skink), already began work on our main course for the big Sunday meal… read more about that one here (blog post in progress). 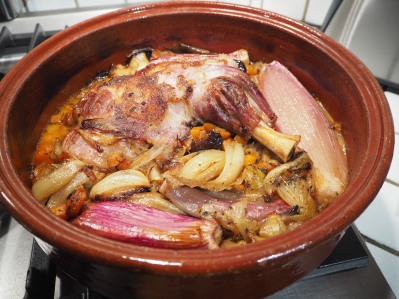 Read about the rest of our indulgent Weekend of Food 2016 here!

← Guest post: A culinary history of Andalusia (by Eatapas)
10 things I ate during my pescatarian September in 2016 →