The Real Food Festival, 3-6 May 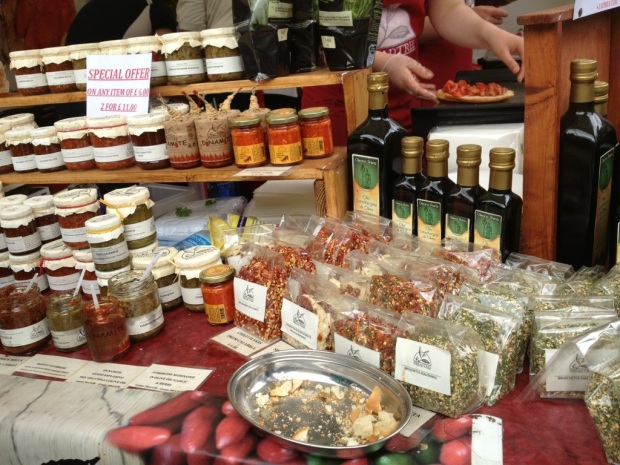 I have recently figured out how to use Twitter to my full advantage, and I now follow countless feeds about London, which is how I find out about exciting events, interesting facts and sometimes even win tickets to film festivals and dance shows! One of my recent discoveries was the Real Food Festival, which took place on the first Bank Holiday weekend in May. Coincidentally, I had two friends visiting that weekend, and so we decided to wander down to the Thames and give our taste buds a mouthful.

The sun was out and our spirits were already high as we entered the masses of people on the south bank of the river. When we saw (and smelled) the food on offer, our mouths watered in anticipation.

The first few stalls offered giant plates of curries, sausages and paella, but as we were still slightly full from our home-cooked pancake brunch, we kept a lookout for more snacky options. We soon spotted our first jackpot (and there were many): oil. More precisely, various flavours of olive oil and rapeseed oil. The usual extra virgin was on offer, but I took the plunge and tried the smoked rapeseed oil, which, sadly, was a letdown, as it tasted like smoky bacon, but without the bacon. It was compensated by the next two though: olive oil infused with garlic, and olive oil infused with white truffles. Being of the firm opinion that garlic and truffles are two ingredients that can be made to go with everything, the prospect of owning something that can make that dream come true is glorious.

There seemed to be no end to the festival. We walked through the ‘Streets of Spain’ and tasted various cheeses and meats while taking in the smell of freshly fried churros and seafood. We gazed at lobster with its claws tied up and were tempted to eat oysters (£1.50 per piece). We sampled various jams, marmalades and pesto sauces. We used toothpicks to pick up every single flavour of sweet fudge, including lavender. I often find fudge too sweet and slightly sickening in larger doses, but these contained 40% sugar, rather than the usual 75-80% (or so the fudge man told us), making them ideal. But surpassing everything was the Middle Eastern stall. I could have stood there forever, dipping bread into labne with green harissa, labne with red harissa, baba ghanoush and hummus. Everything tasted indescribably fresh and I wanted to take it all home with me!

Despite the crowd-jostling that is inevitable at any event in London, the Real Food Festival was an amazing way to spend a sunny day in London, and I will definitely be on the lookout for similar events. If you ever hear of any, please let me know! 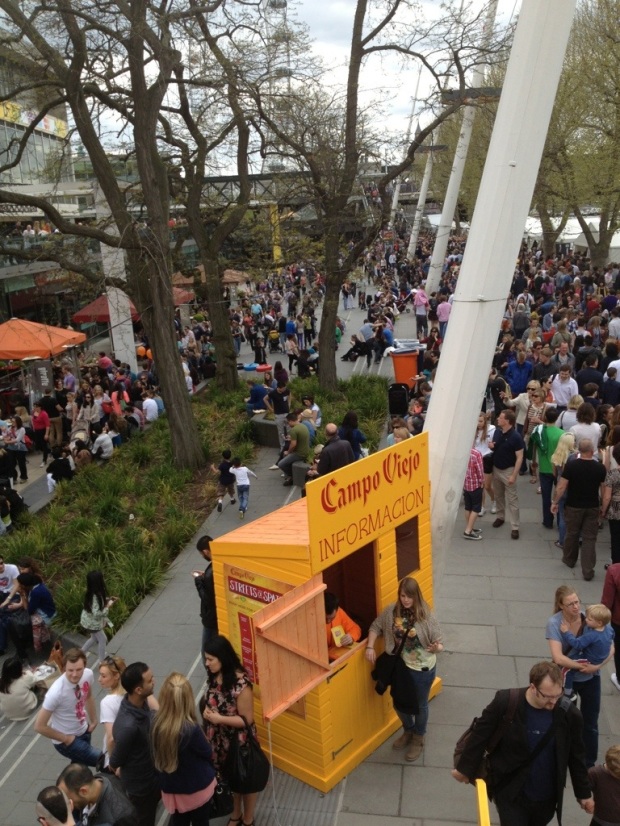 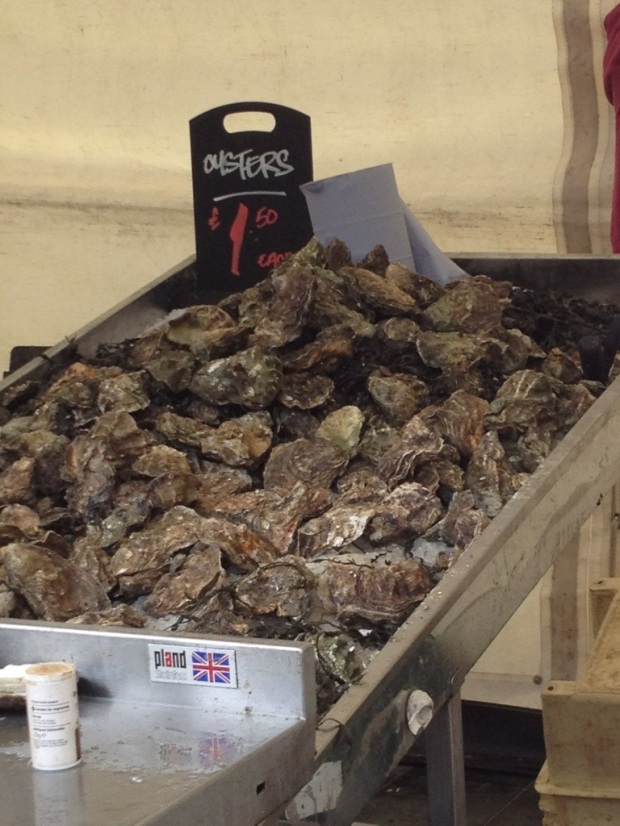 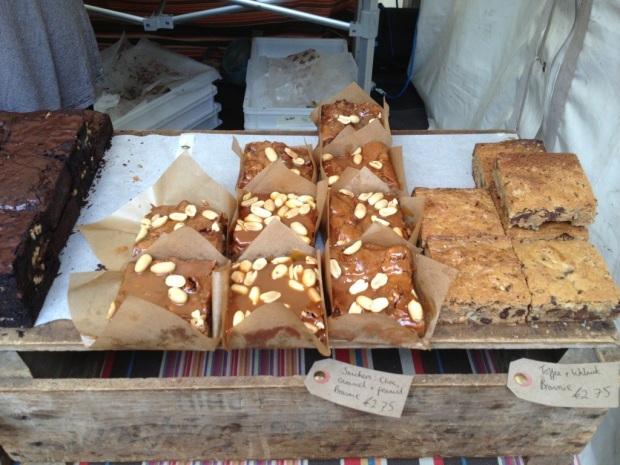 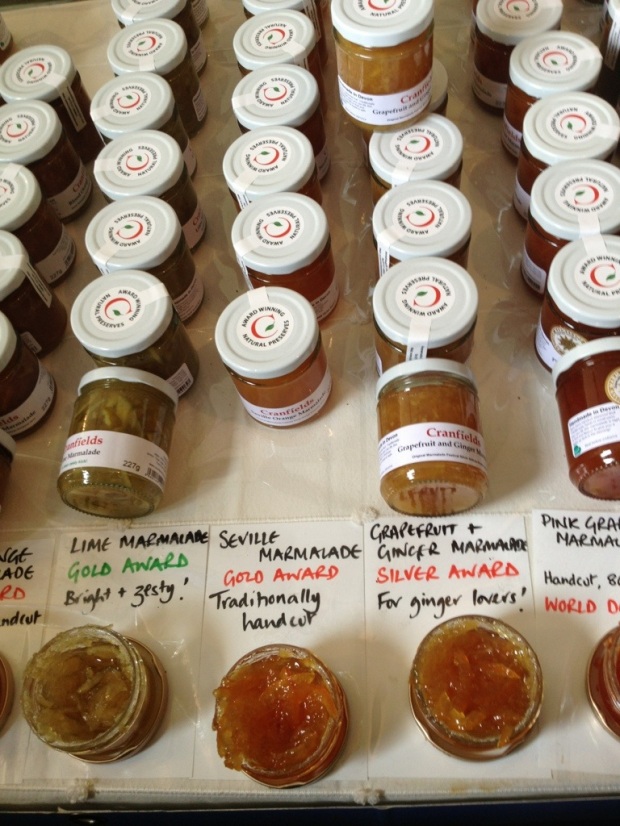 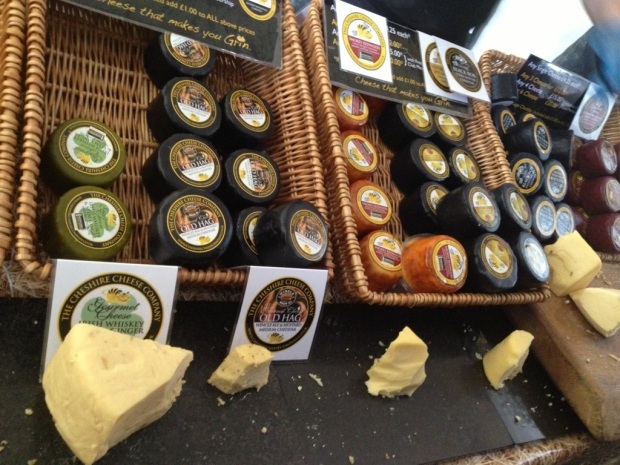 One thought on “The Real Food Festival, 3-6 May”